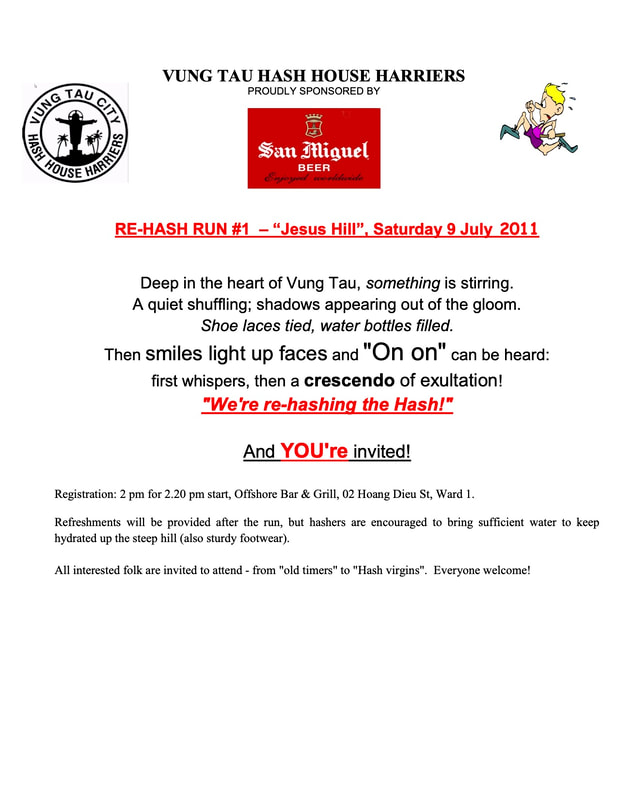 Some of the more active members of the Vung Tau Hash House Harriers (VTH3) decided to kick-start a new era of social activity for “drinkers with a running problem” by organising a “re-Hashed Hash”.

Emails were distributed and the jungle telegraph swung into action.

Deep in the heart of the city, something began to stir.  A quiet shuffling; shadows appearing out of the gloom.  Shoe laces tied, water bottles filled.  Then smiles lit up faces and "On on" was heard:  first whispers, then a crescendo of exultation!   “We’re re-Hashing the Hash!”

And so it was that Hashers appeared out of nowhere, as if by magic, on Saturday 9 July.  They came from the Russian village.  From houses and hotels across the city.  From Saigon.  And even from Nha Trang!  “On on, to Jesus Hill” was the cry.

The intrepid Hashers set off from the Offshore Bar to cross the city before taking on the hill.  They were an eclectic bunch, representing Vietnam, Russia, Ukraine, England, Ireland and Australia, amongst others.  And a spread of ages from seven to nearly seventy (“I’m only 68”, protested ‘Uncle’).

The first “re-Hash” was a testing trail up Jesus Hill and ending with a “Down Down” (debrief and drinks) on Ha Long, overlooking Back Beach and the East Sea.  Several “casualties” were medevac’d off the hill via a shortcut to the Down Down location, where they helped ‘Black & White’, Phuong and Duong make sure the beer was icy cold!  Well done, gang!

Many photos were taken on the hill, with its awesome vistas of Vung Tau City and the East Sea.  Then casual grandmaster ‘Faulty Brakes’ made a special welcome at the Down Down to virgin Hashers Jane, Han and Huy; and to ‘Lost Our Seoul’, ‘Bang Bang’, ‘Big Mac’ and ‘Superboy’ from Saigon Hash and ‘Uncle’ from Nha Trang - your enjoyment was our pleasure!

An impromptu discussion resolved to hold another run next week, Saturday 16 July, meeting 2 pm or earlier at the Offshore Bar.  The suggestion is that this run will be up ‘Big Hill’.  Hashers all vowed to spread the word, and the usual emails will be distributed beforehand.

Some Hashers then headed north for an “ononon” at the Beach Club, while Mapdraw, Sofia and Kojak headed west and others opted for motorised transport.
​
And finally, our grateful thanks to the Offshore Bar for esky and ice, and Mr Tien, generous provider of San Miguel Light - the refreshment of choice for VTH3!!!
RUN 482 GALLERY 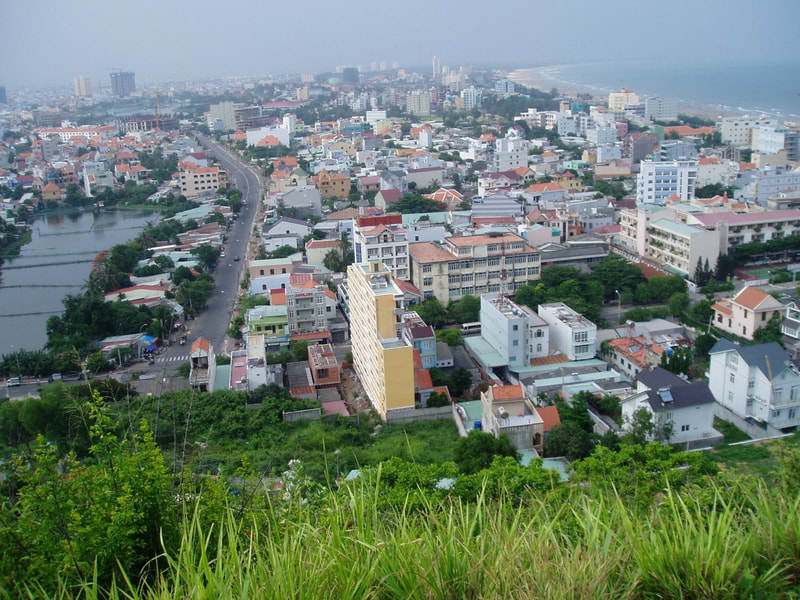 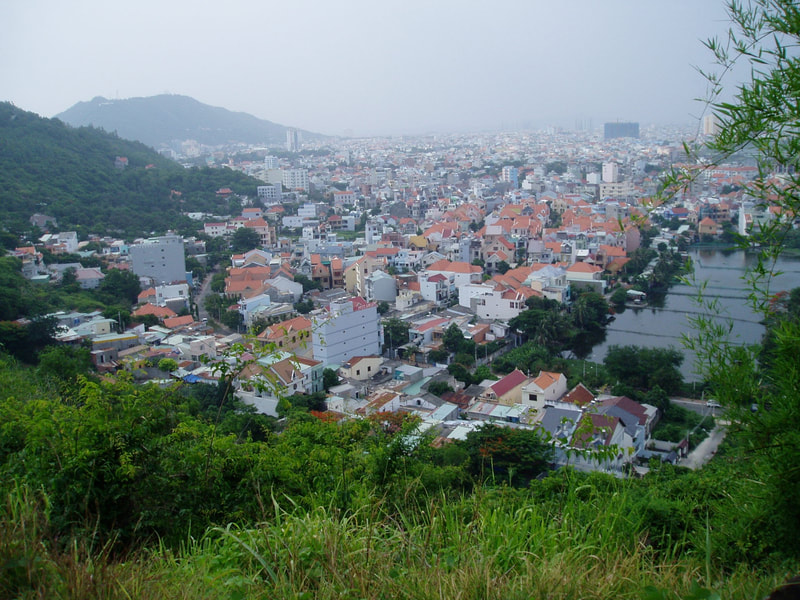 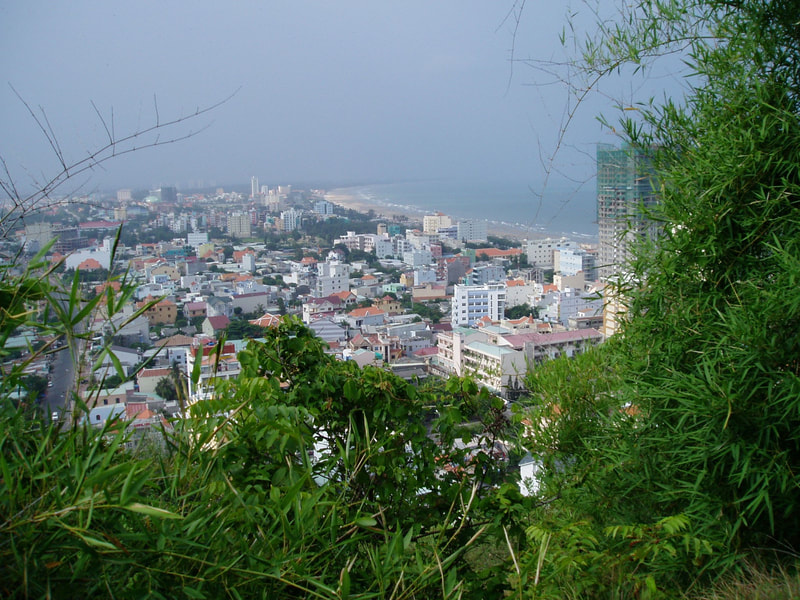 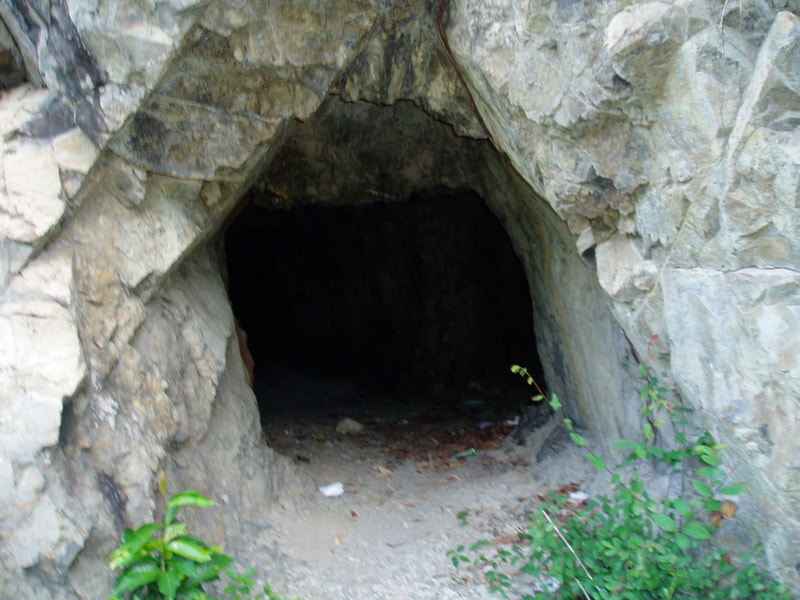 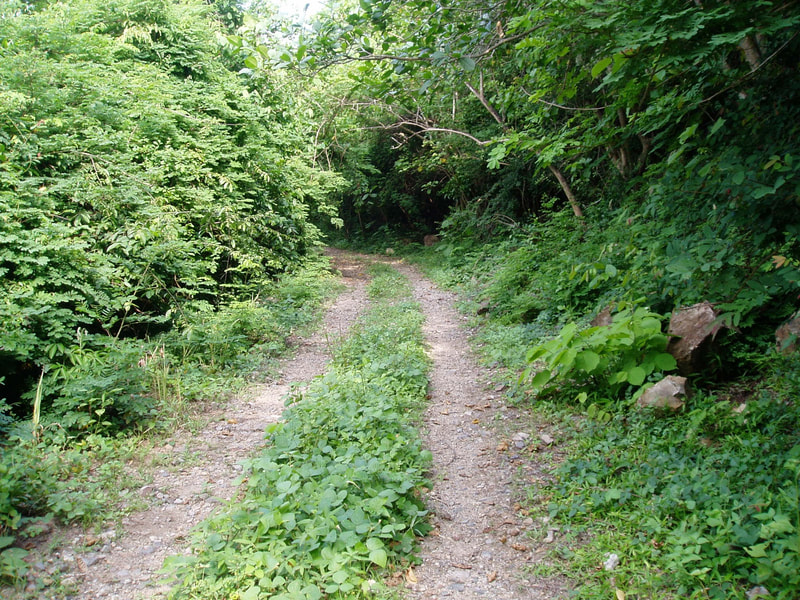 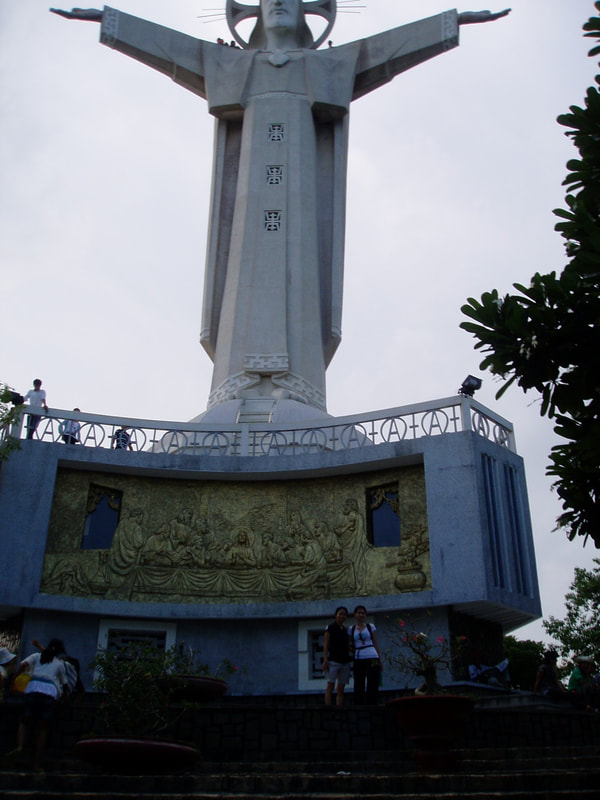 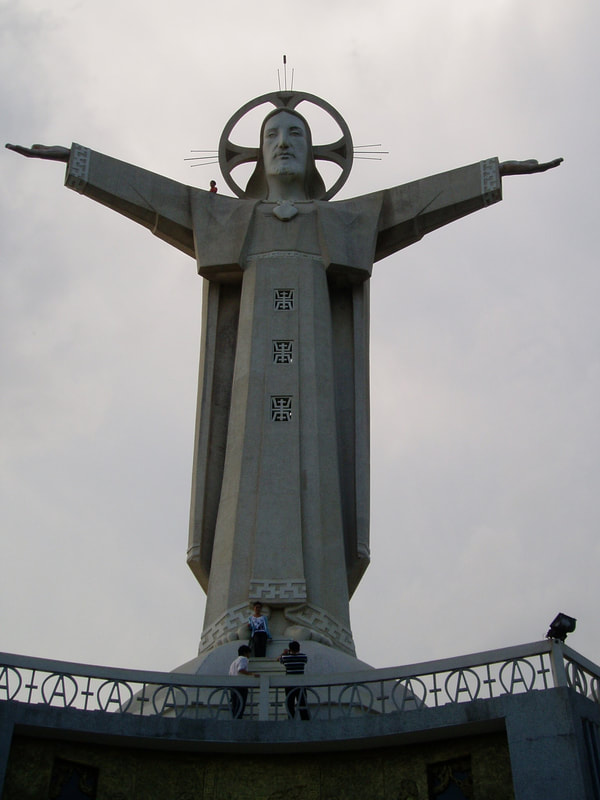 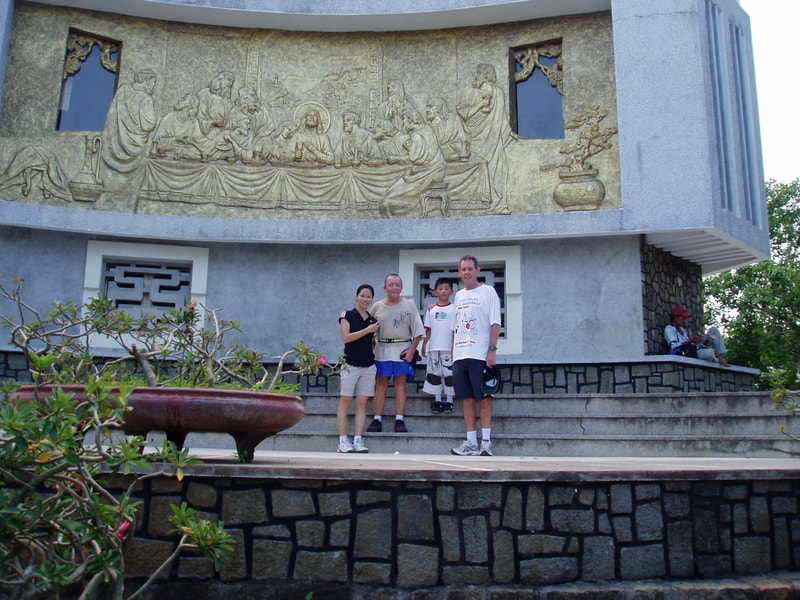 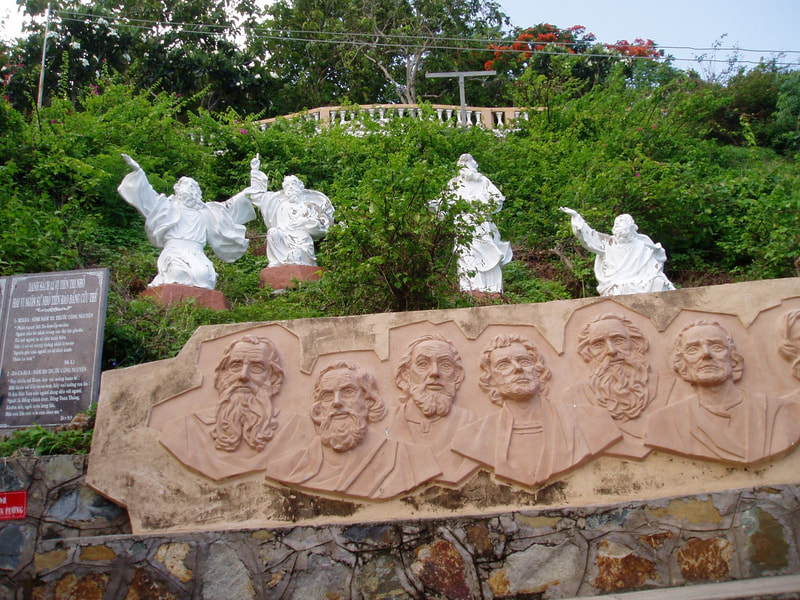 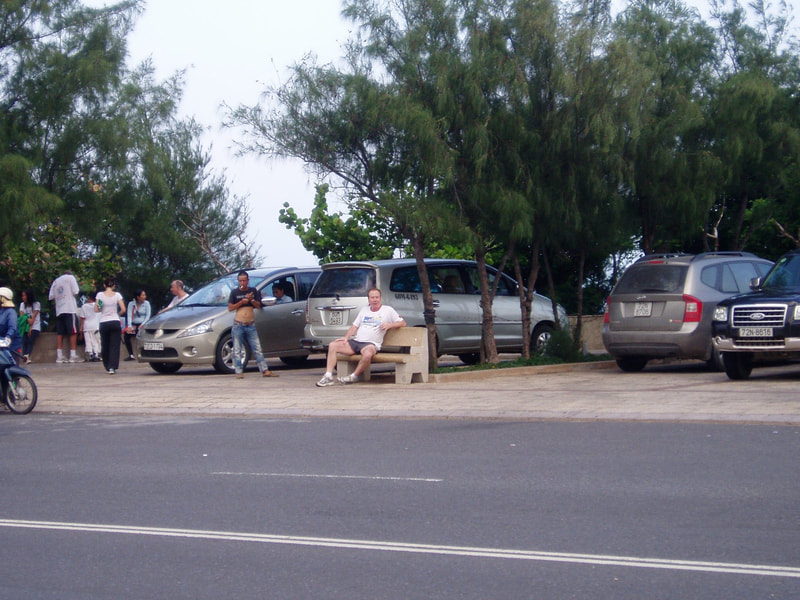 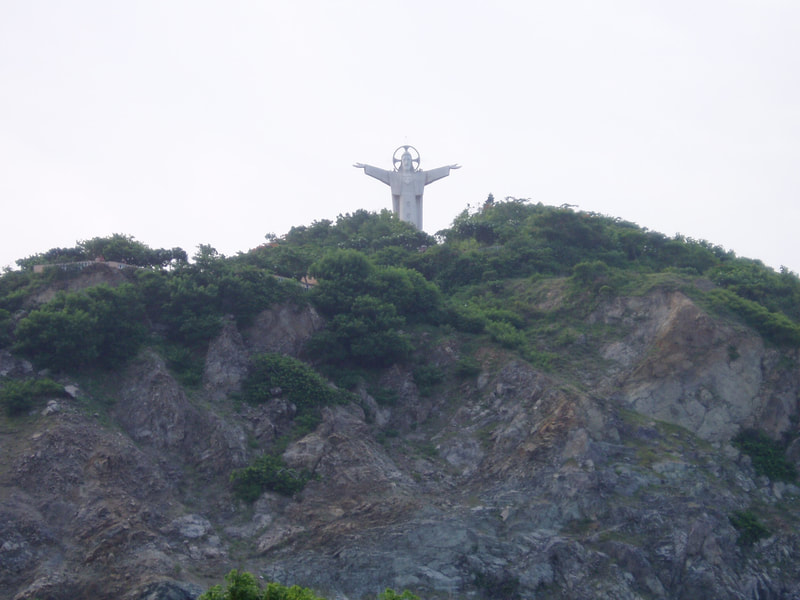 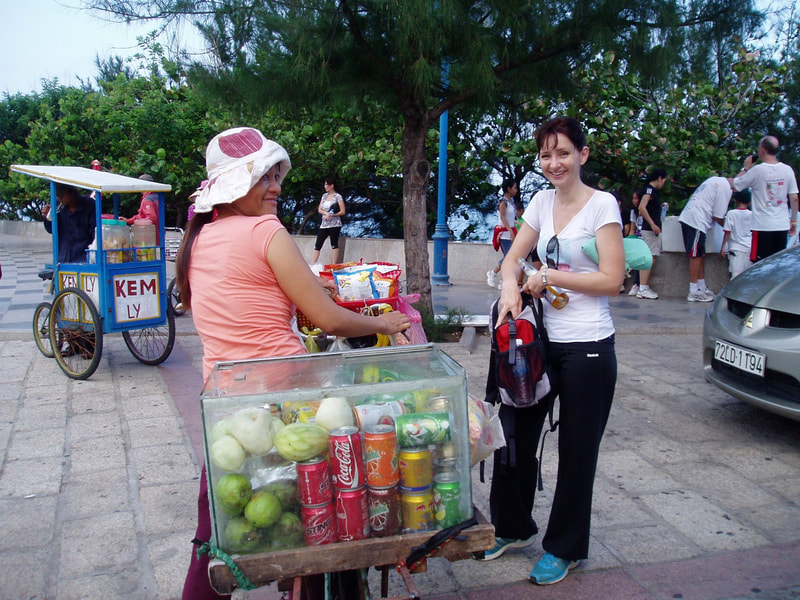 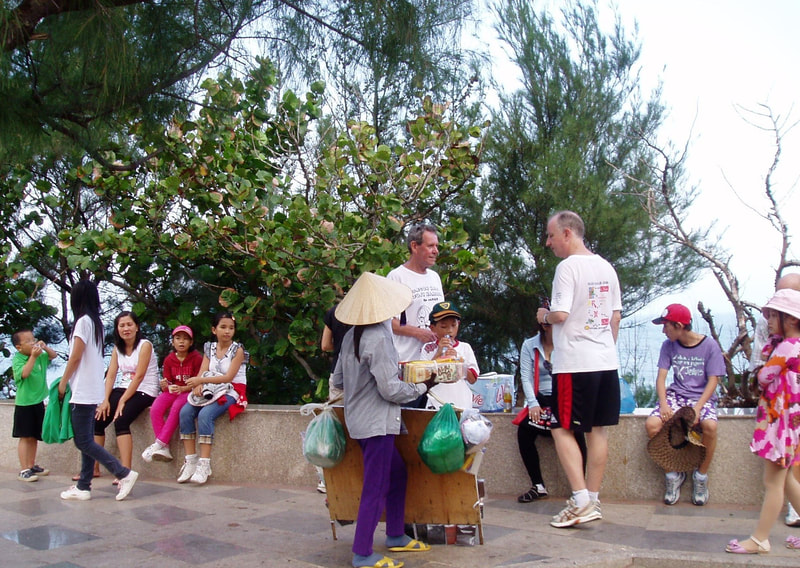 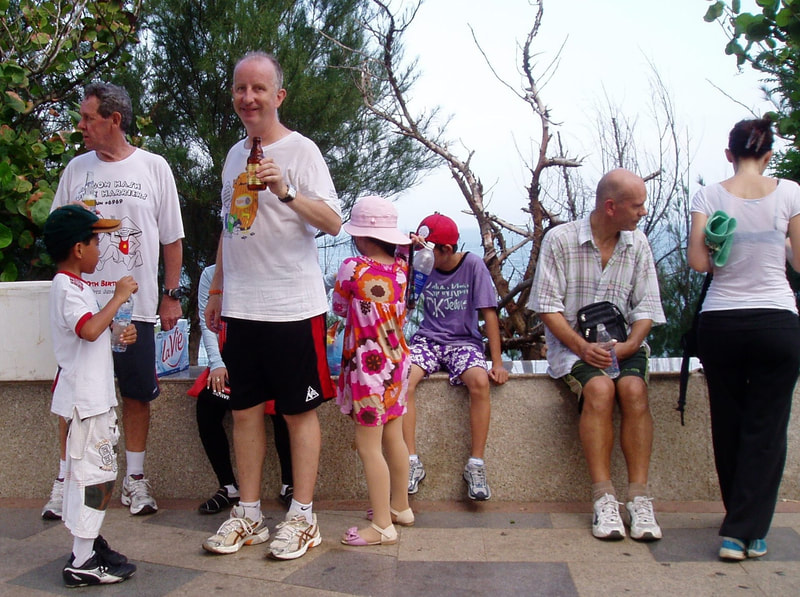 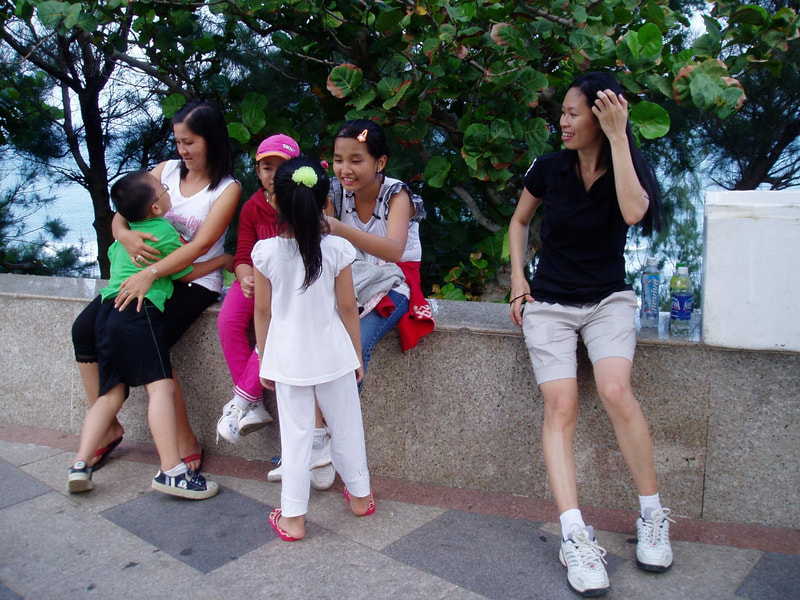 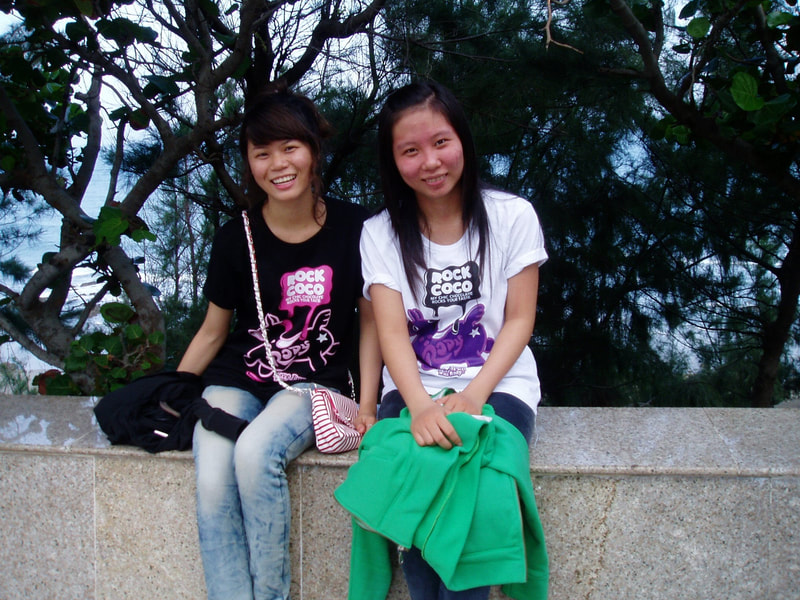 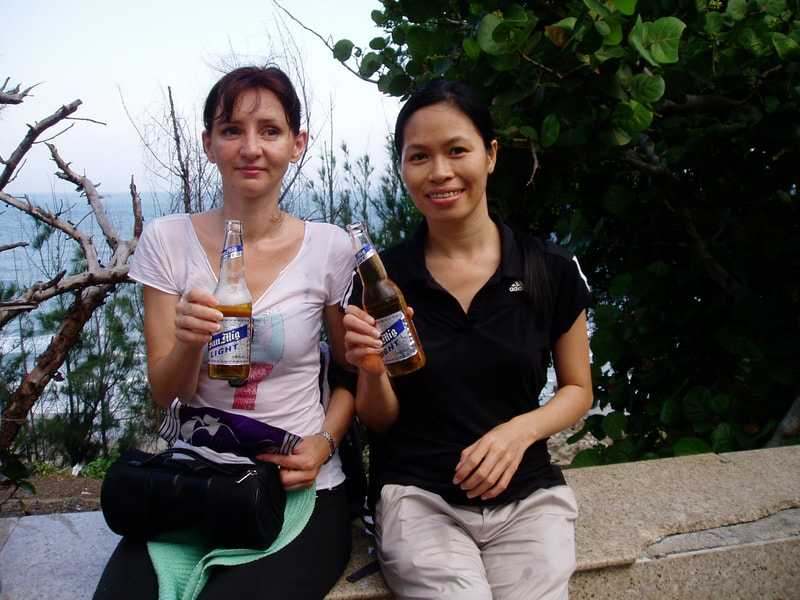 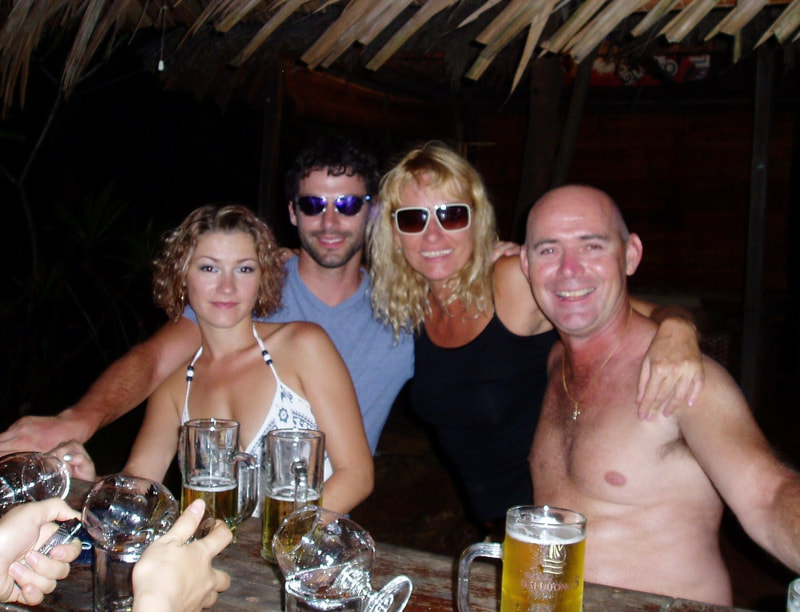