VTH3 #500
​ (reformatted from original newsletter)
SUNDAY, 04 DEC 2011
NUI DINH
A record 56 Hashers registered  at the Offshore Bar & Grill for  VTH3's historic 500th run.  Commemorative tee-shirts were  distributed, and the buses  departed on schedule at 2.30pm. VTH3 has members on its books  from Vietnam, Russia, Ukraine,  England, Ireland, Australia,  USA, Norway, Singapore,  Malaysia, The Netherlands,  Brazil, Romania, and more - and  most were represented on this  occasion!

After a pleasant drive out of  town, two trails were followed at  Nui Dinh (5 km west of Ba Ria). ​The "walking trail" was directly  along the winding road, to the  finish point at a cafe and  swimming pool a few kilometres  higher up the mountain, with an  optional short jungle track at  the end for good measure. The "running trail" followed  narrow tracks around the  farmland residential area, before heading directly up the  mountainside through
sometimes dense and always  rocky undergrowth!

The first walkers and runners  actually reached the finish point  within minutes of each other - an indication of good trail setting by hares Uncle and Anti  (rewarded with an excellent run rating of "9" at the Down Down  - ed.)

This week's Grand Master was Phil "EMASculated shoes" Porter, who awarded penalties to various Hash Virgins and sinners with much aplomb - ably assisted by various members of  the "rogues gallery"!

Lots of socialising took place around the swimming pool, with refreshments courtesy of Anti and Tam including smoked ham, chicken, potato salad, ham & salad rolls, banana pancakes and pineapples, all washed down with San Miguel, water, Revive or soft drink!

It didn't end there, of course! A "liquid" bus ride back to town saw the usual suspects doing their utmost to empty the last esky outside the Offshore Bar & Grill! (and they almost succeeded! - ed.)

The previous day, 03 December, some 47 Hashers and friends had enjoyed an end of year buffet dinner at the Offshore Bar & Grill. Hungry Hashers feasted on a delicious smorgasbord of roast
chicken and potato gratin, honey glazed smoked ham, and lots more - while being gently serenaded by resident Hash muso Steve the Fiddler and his excellent guitarist colleague Mr Thach.

A lucky 24 guests also received trendy zippered skivvies, courtesy of San Miguel. Dinner was followed by an
evening at the Vung Tau Greyhound Racing Club's VIP Bar, where Body Count and his lovely wife Mia almost cleaned out the bookies. And then it was OnOnOn! to the obligatory karaoke bar...

Sadly, we now say goodbye to Body Count and Mia as they return to Norway at the end of BC's contract.

It's a matter for the record that BC made a major contribution during his relatively short time with VTH3. A keen runner himself, he also influenced several workmates to come along, hence his well-deserved Hash name: "Body Count".

It's been a very good year for VTH3, especially since the "Re-Hashing the Hash" initiative began in July.
From just 5-7 runners back then, we now average 15-25 a week - which is a very respectable 200+% growth in
less than six months!

And so we approach this year's end on a high note, although the Hash scene is likely to become a little quieter between now and end-January because of the festive season.

But there's every reason for confidence in further growth, particularly as it's planned to stimulate the market early next year by displaying posters in bars, restaurants, hotels and apartment blocks around town.

The posters will be emailed to all members so everyone can get involved in helping the cause! (we'd love a couple of volunteers to translate and print some in Russian and Vietnamese - ed.)

​And finally, our grateful thanks once again to former VTH3 Grand Master Ray "Golden Finger" Haveron and GL Noble Denton for their generosity in sponsoring VTH3's 500th run.

Also Les Dalton and the Offshore Bar & Grill for hosting a magnificent end of year buffet dinner (as well as the chicken and smoked ham "doggie bags" for the run!); and Mr Tien and San Miguel for the skivvies (see earlier) and their continued supply of every Hasher's favourite tipple!
RUN 500 GALLERY 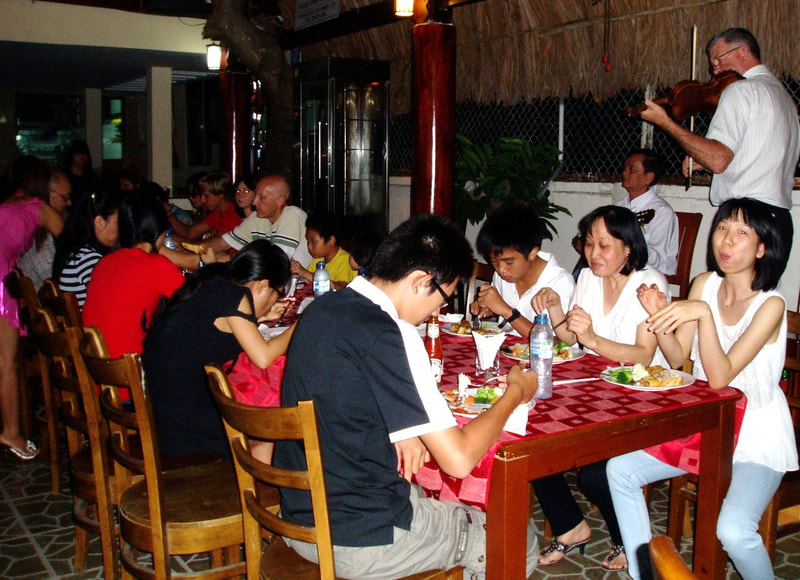 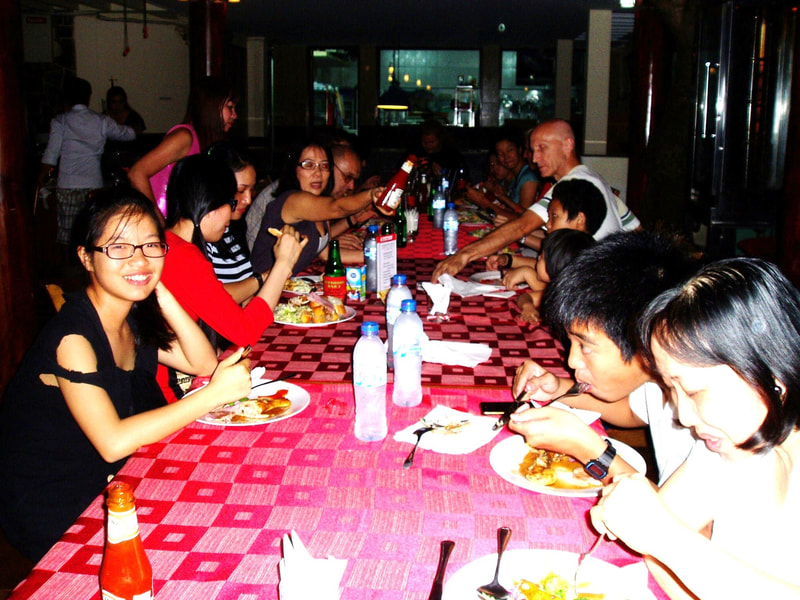 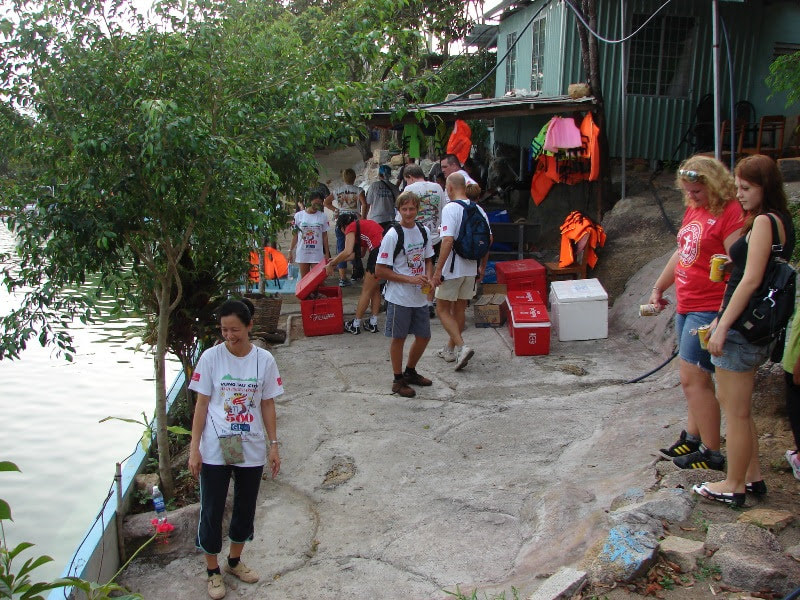 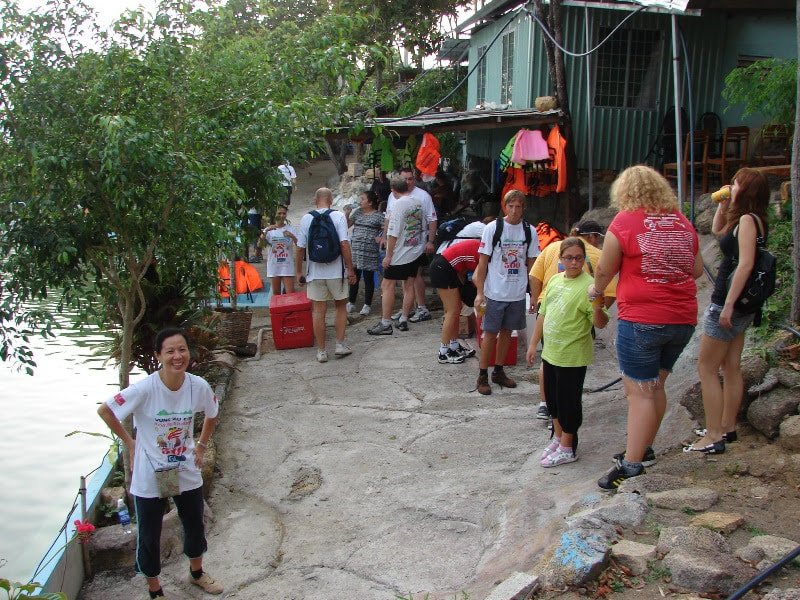 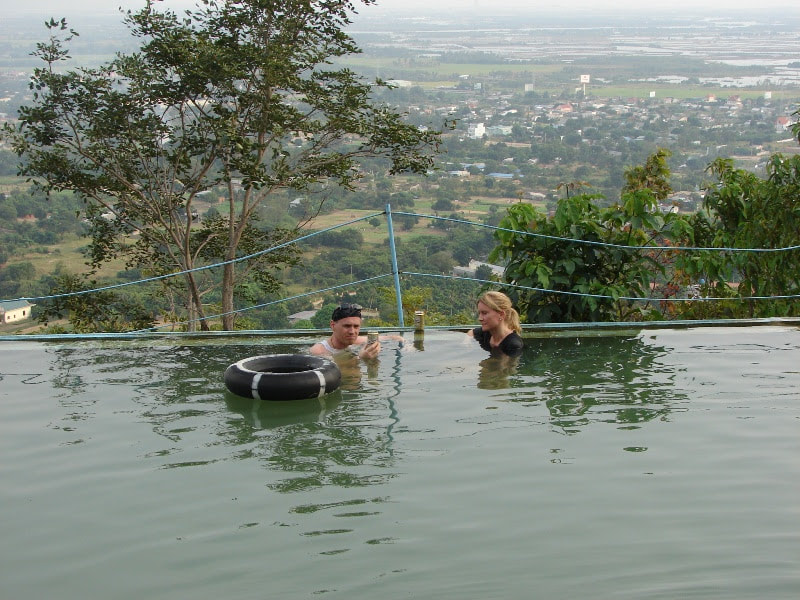 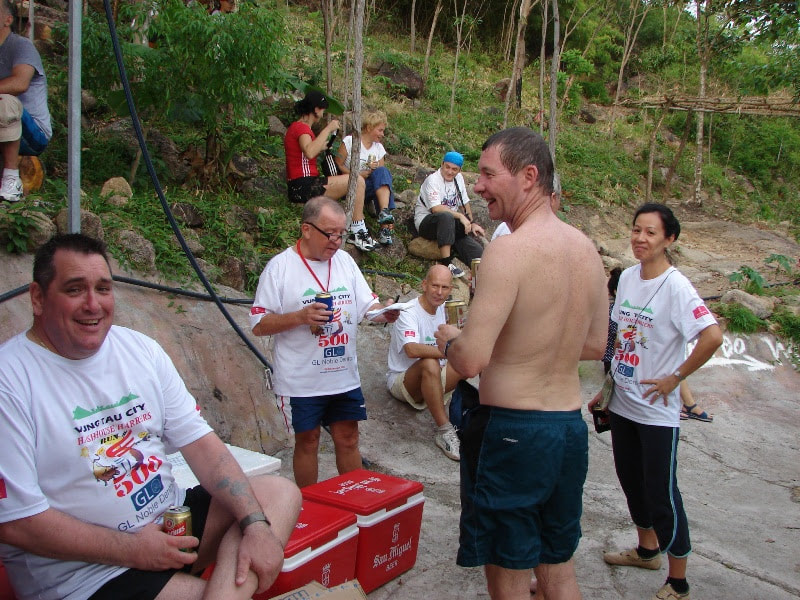 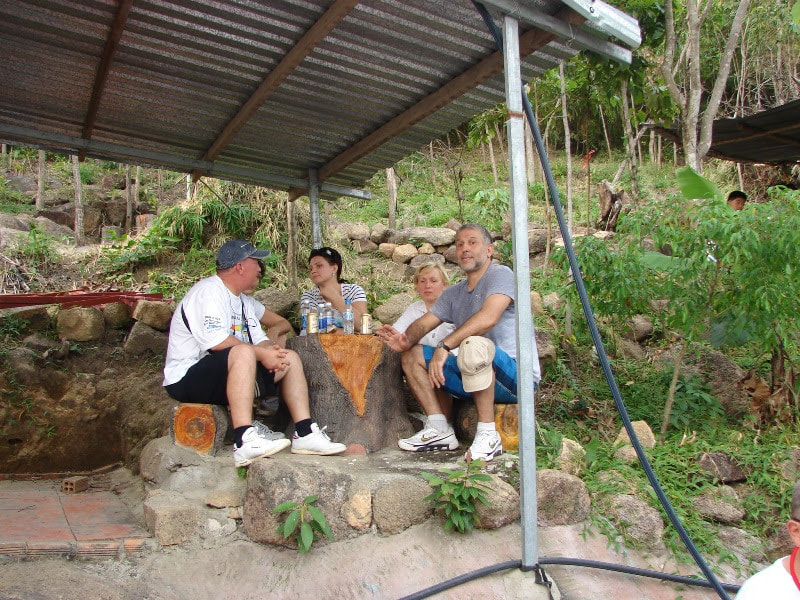 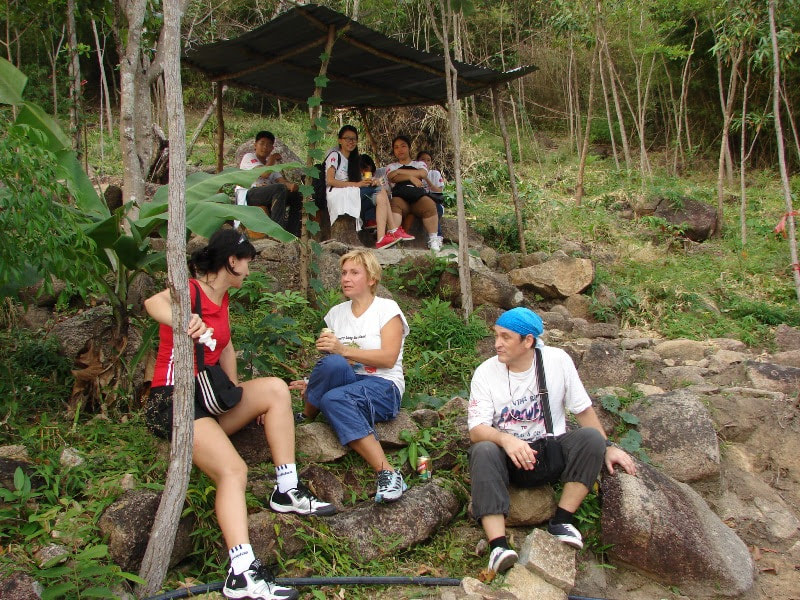 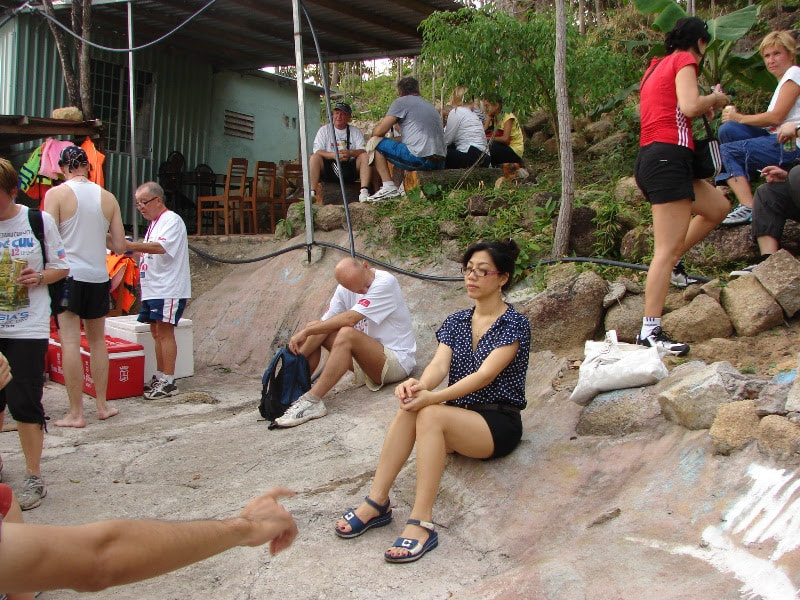 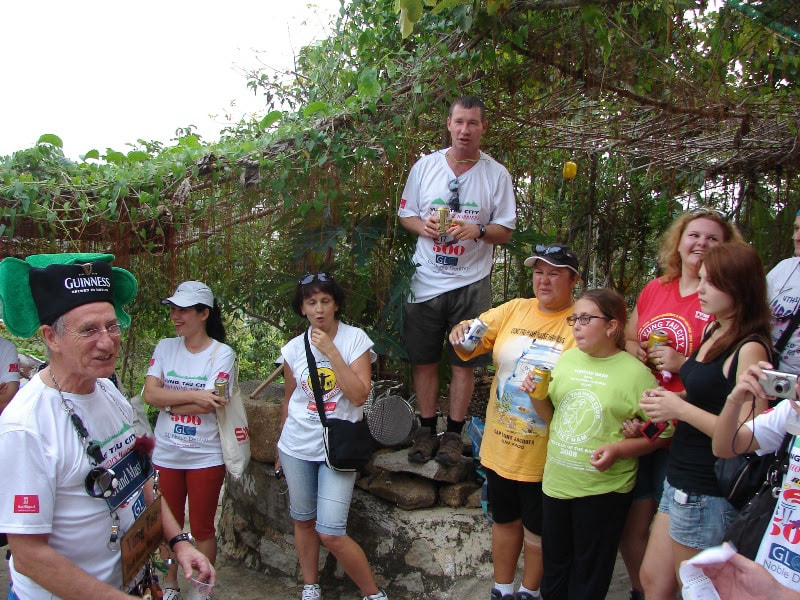 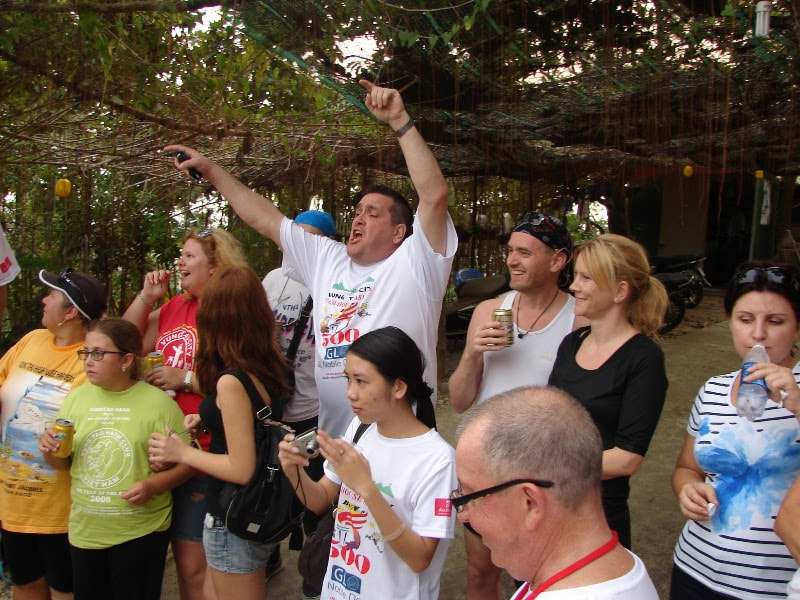 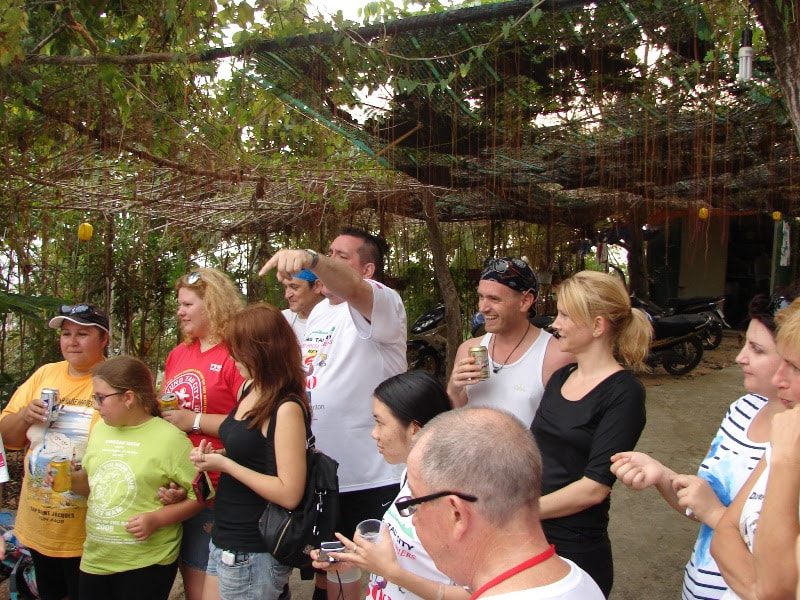 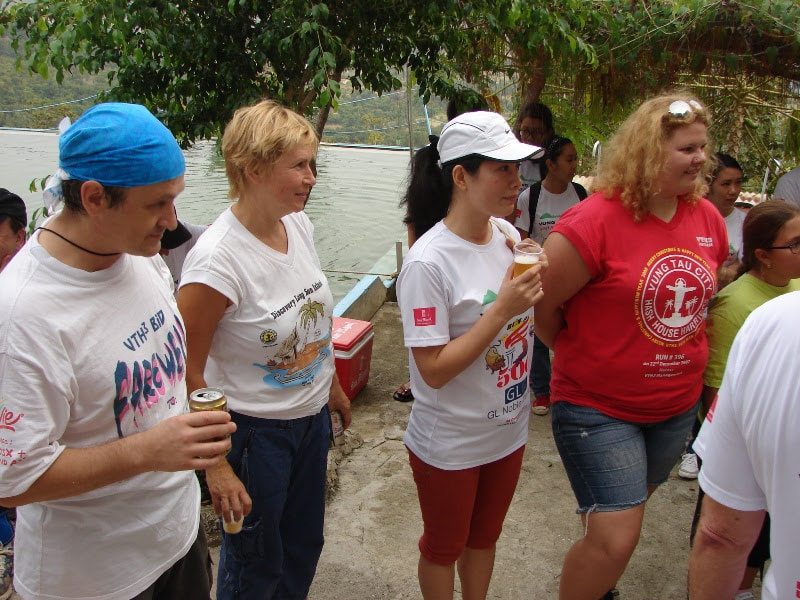 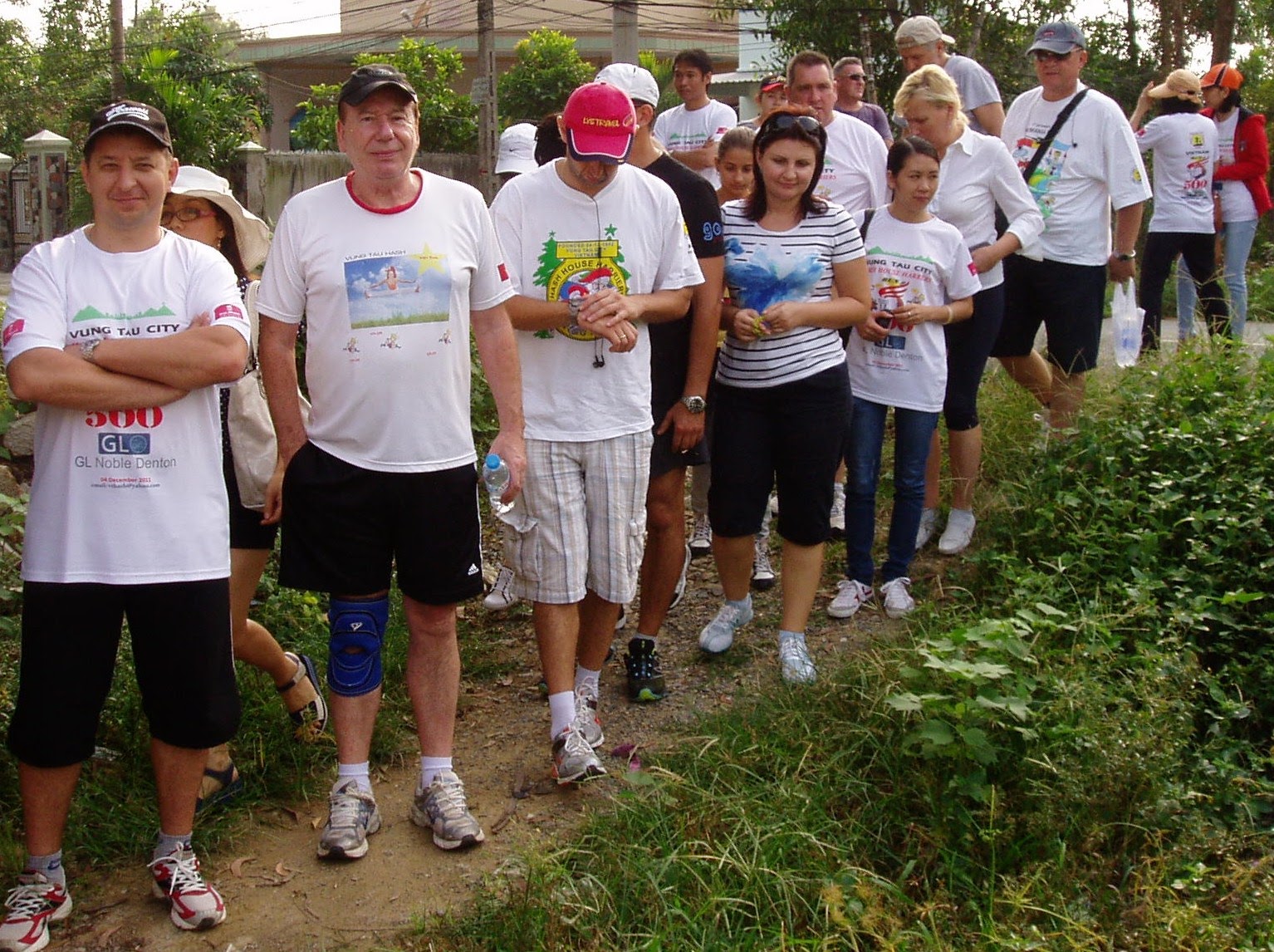 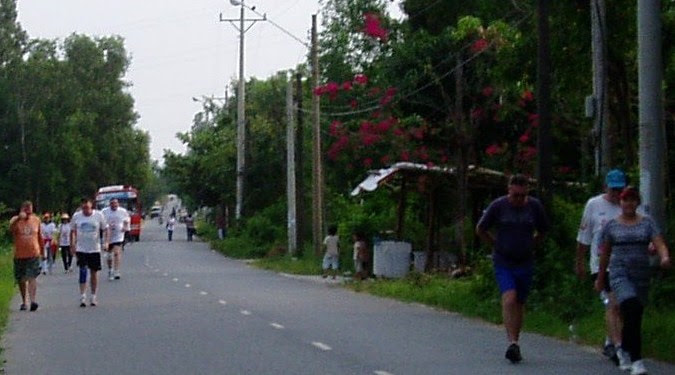 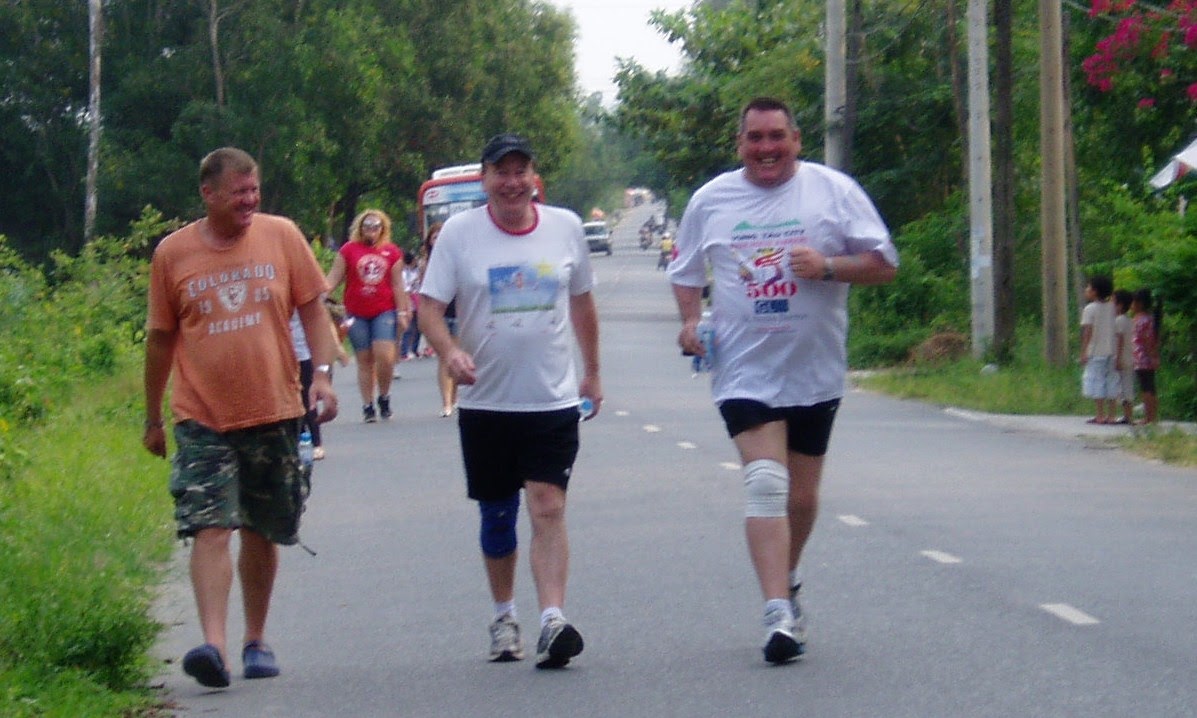 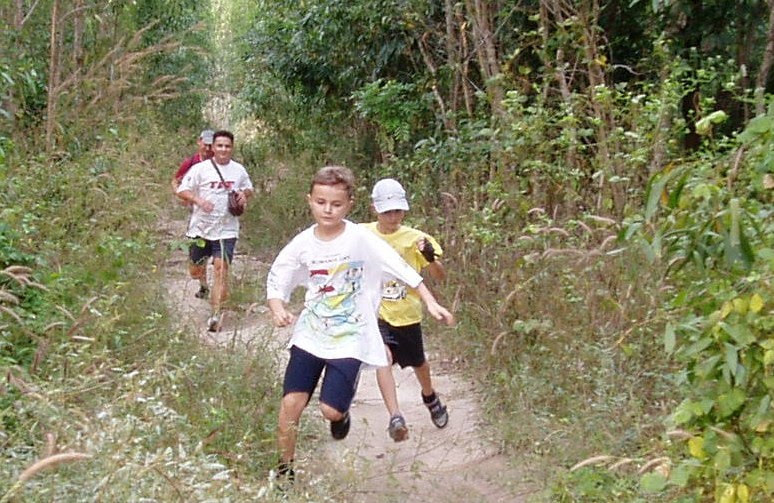 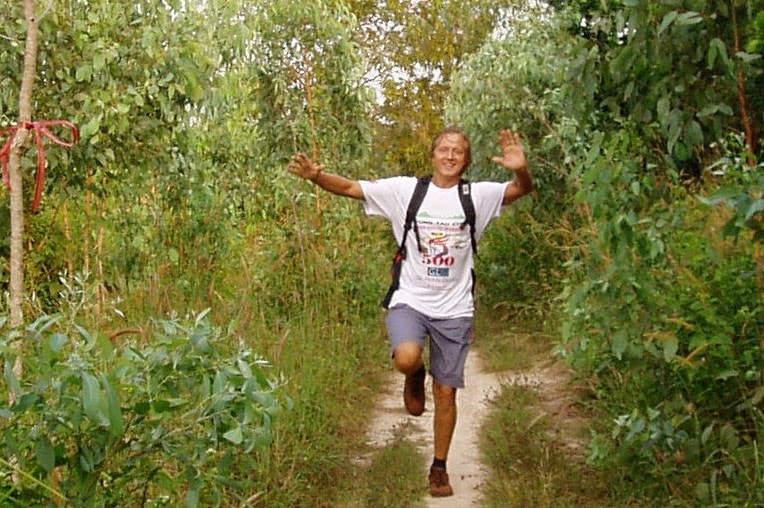 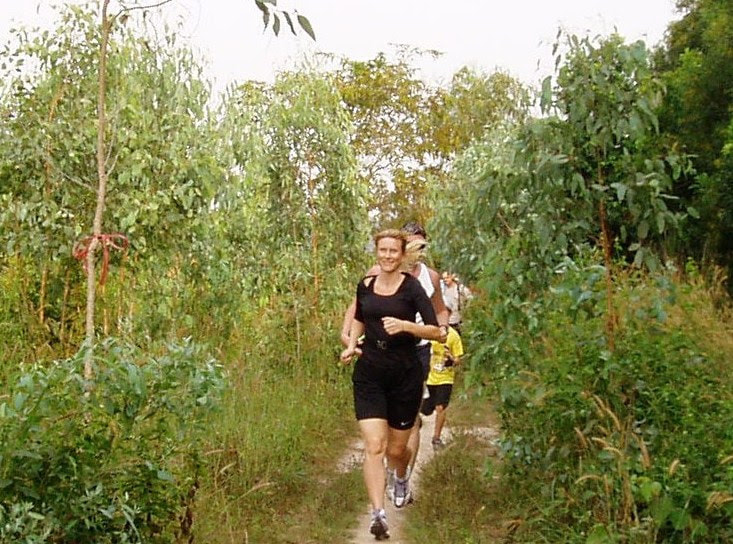 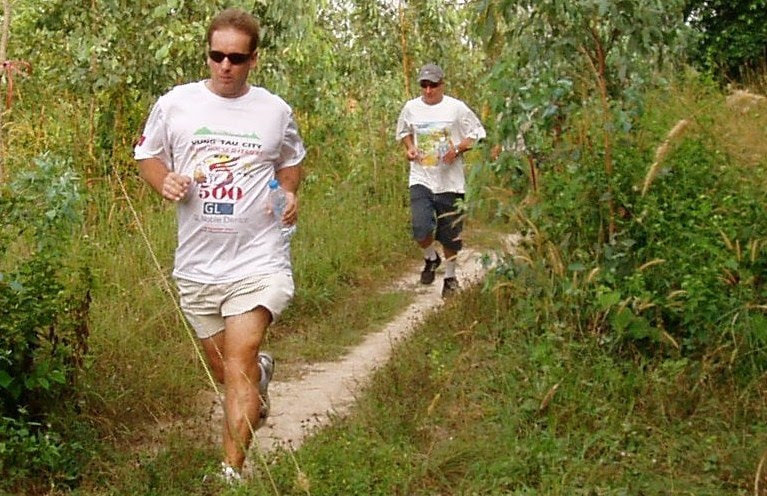 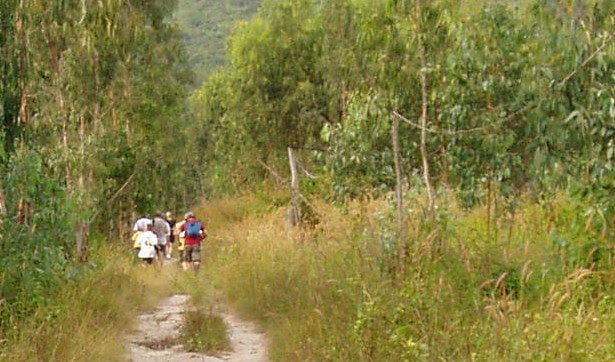 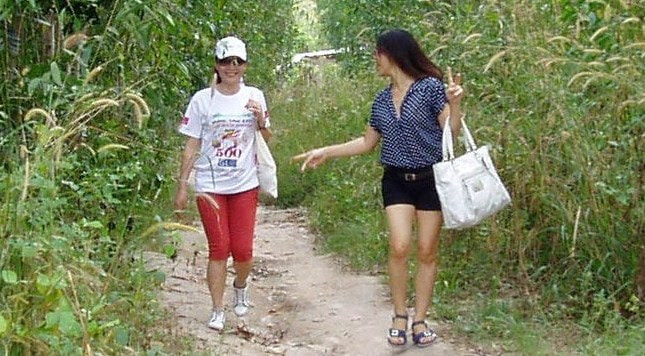 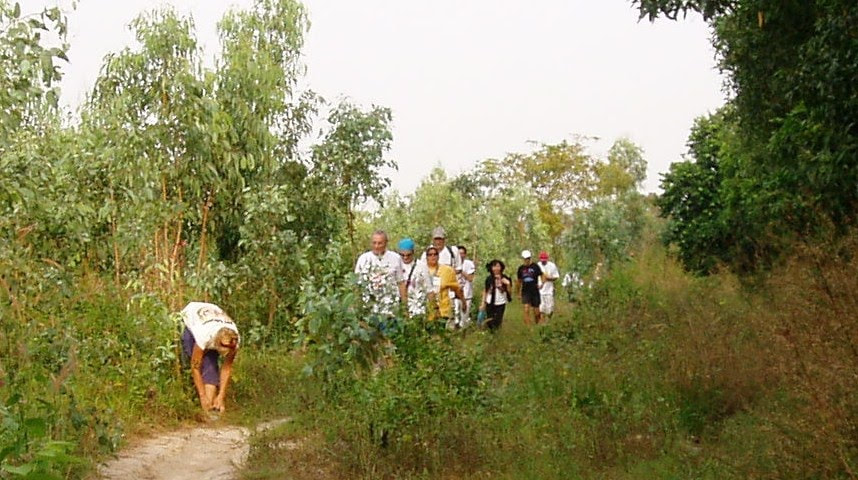 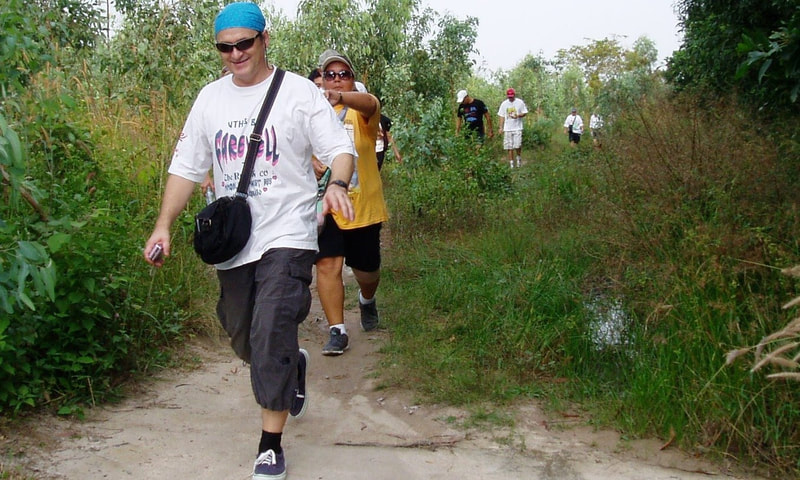 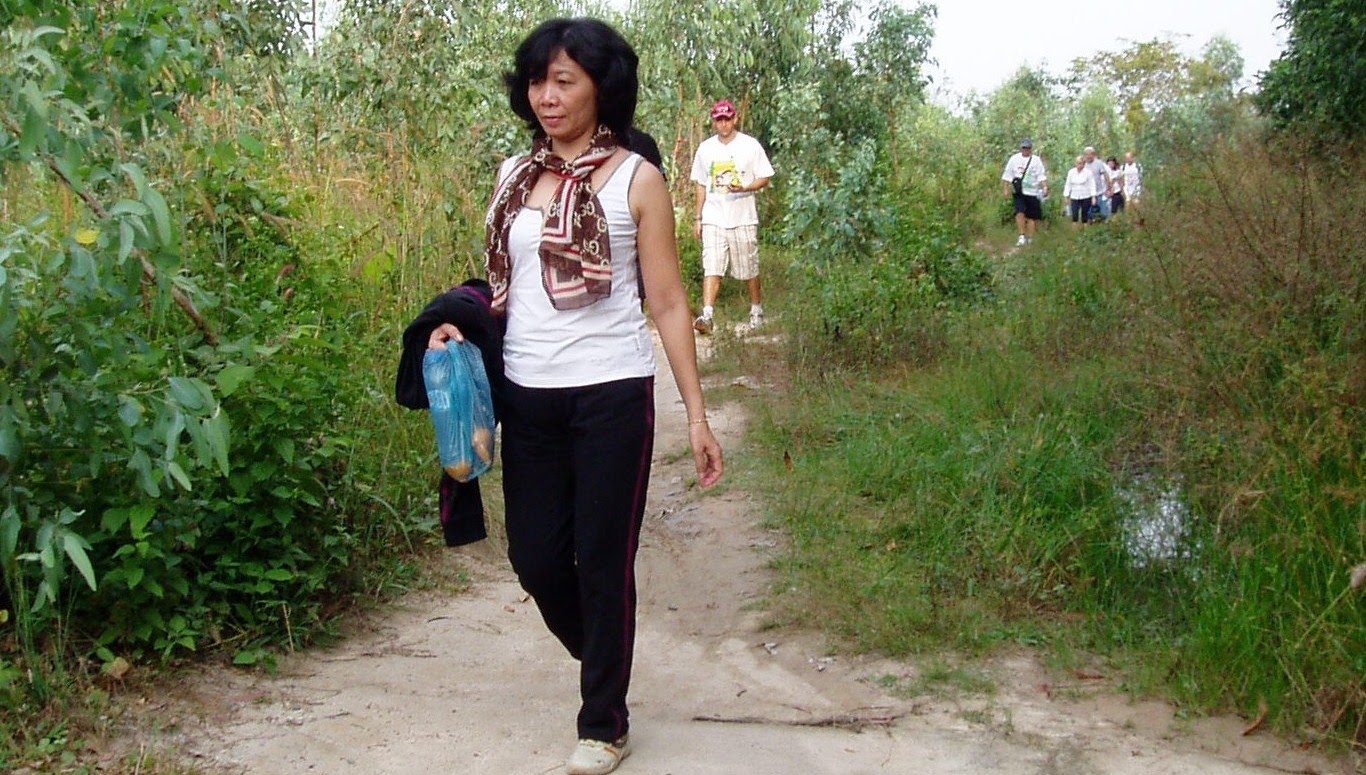 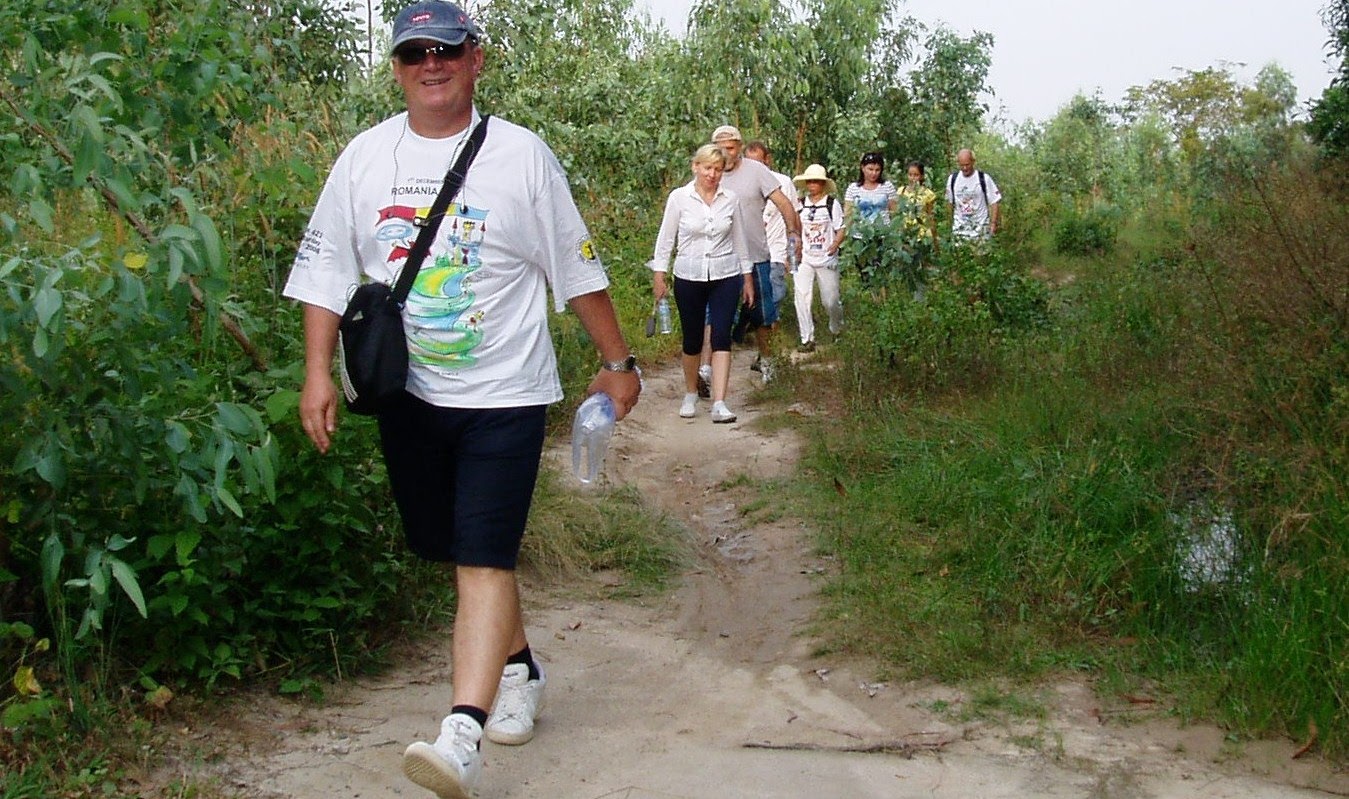 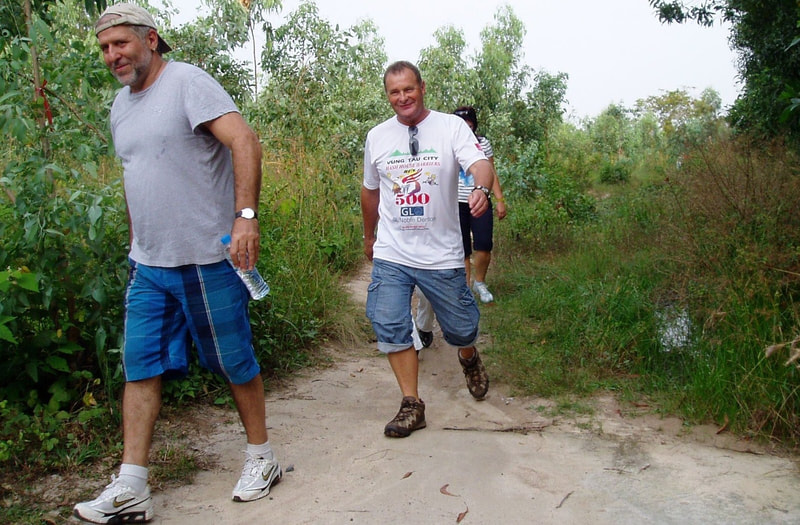 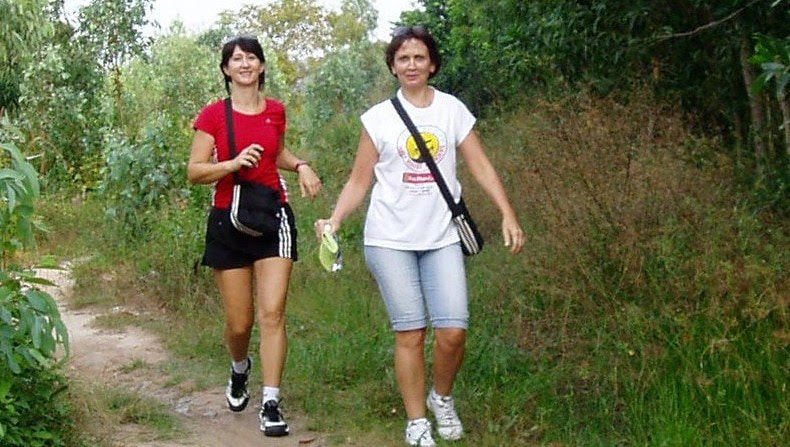